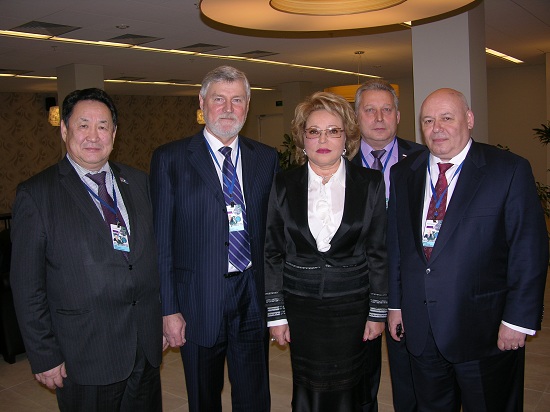 The Forum, which was opened on January 27 in Vladivostok to discuss three areas of questions: peace and security, the problems of the economics of the Asia-Pacific region, including legislative support.

The issues of peace and stability in the region, politics and security, economics and trade, regional cooperation will be discussed by Representatives of  28 countries. Also there will be discussed developments in the Middle East and North Africa, representing potential challenges to global and regional stability.

The event was opened by the Chairperson of the Federation Council of  Russian Federal Assembly Valentina Matviyenko. Later she will meet with the presidents of the legislative assemblies of the constituent entities of  Russian Federation. There were greetings from Russian President Vladimir Putin, UN Secretary General Ban Ki-moon during the opening ceremony of  Forum. In the framework of Forum there is a meeting of young parliamentarians of the region.