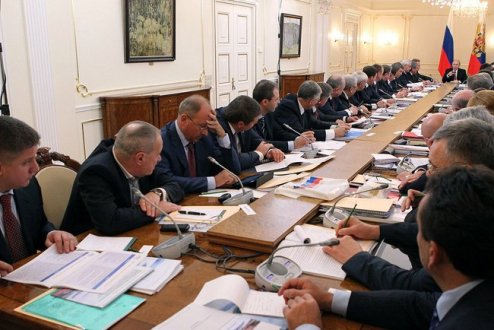 Kamchatka Territory Governor Vladimir Ilyukhin attended a meeting of the Russian Federation State Council on the development of the Far East and Trans-Baikal.  According to the head of the region proposed by the President for the Far Eastern Russia benefits companies will give a powerful impetus to the development of Kamchatka industry.

While commenting on the results of the State Council Kamchatka Territory Governor Vladimir Ilyukhin said that the president’s tax incentives for investors in the region will give a powerful impetus to the development of the mining industry of the whole production. We need to create conditions under which the economy of the region could develop.

To create favorable conditions for the population for business to talk about the development of infrastructure such as: sea, road, electrical, it is necessary to reduce the electricity tariff to average, change pricing of rail, raise salaries, built housing and social facilities.

There must be designed federal law on zoning Russian Northern territories along with the state program, according to the governor of the Kamchatka region Vladimir Ilyukhin.

The head of the region also added that many of the proposals announced at the State Council are reflected in the program for the development of Avacha agglomeration that the Government of Kamchatka Territory prepared at the request of Russian President Vladimir Putin.