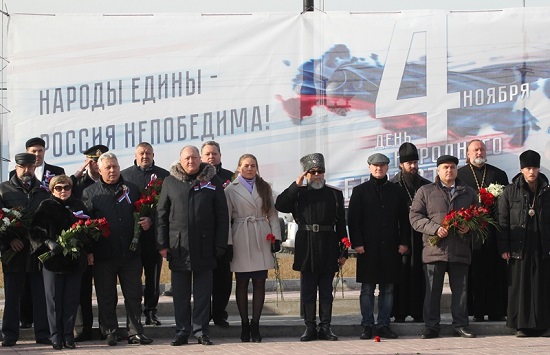 National holiday Unity Day was celebrated in Kamchatka Kray. There was a rally-concert in Petropavlovsk-Kamchatsky where representatives of public and youth organizations, labor collectives, and national associations participated.

The rally was continued by national feast and performances of the best creative collectives in kray.

Moreover, on that day was celebrated the fifth anniversary of bestowing the honorary title “City of Military Glory” to Petropavlovsk-Kamchatsky. Heads of the kray, representatives of Administration, public organizations, guests and inhabitants of peninsula laid flowers to stela as the tribute to the memory of brave feat of townsmen.