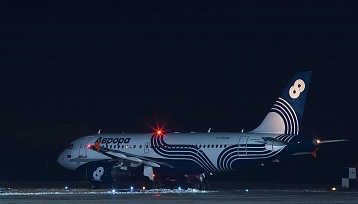 Airline “Aurora”, being a subsidiary of Aeroflot, moved to winter flight schedule. Winter schedule will be in place through 25 March 2017.

Foreign travelers can take routine flights from Khabarovsk and Vladivostok to get in Kamchatka.

Within the winter schedule, passengers of airline “Aurora” can traditionally transport ski equipment for free. One passenger in addition to luggage can transport mountain skis and sticks or snowboard, boots, hamlet, ski glasses at total mass not over 23 kg.

Flights according to the winter schedule will be made on modern comfortable aircrafts of word leading manufacturers – Аirbus A319, DHC-8 Q300/400, DHC-6.