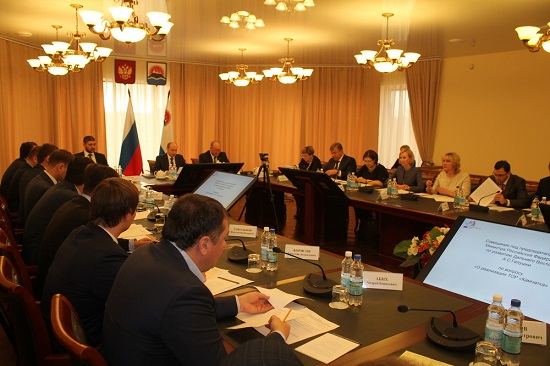 Developing of tourism in Kamchatka Kray and promoting of tourist cluster “Paratunka” included in PDA “Kamchatka” were discussed at the meeting in Petropavlovsk-Kamchatsky headed by Alexander Galushka, RF Minister of Developing Russian Far East.

According to Gevork Shhiyan, the Head of Tourism and Foreign Contacts in Kamchatka Kray, it is going to increase the tourist flow up to and over 200 thousand tourists. It is also planning to increase the number of foreign tourists from the USA, China, Japan and Korea.

The Minister mentioned that it is necessary to stimulate rivalry in the industry and adjacent spheres, for example, air service. It will help to increase the service quality and reduce the cost of tourism in the region.  The offers of attracting new air carriers in Kamchatka were considered. Translated by Marina Barannik.
Weather in Petropavlovsk-Kamchatsky