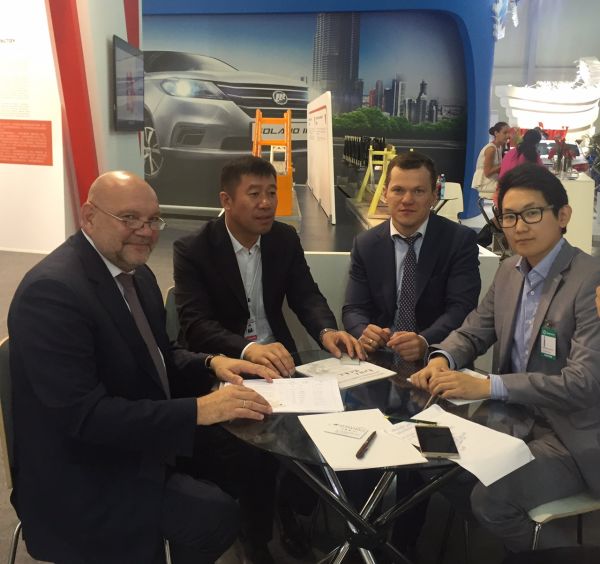 The event took place in Ekaterinburg on June 12-14 together with International Industrial Trade Fair "INNOPROM-2016". Two previous Russia-China EXPOs were held in Harbin.

Economical and industrial potential of Russia, including Kamchatka region, and China was shown at the exhibition. Nikolay Pegin talked about the potential of Kamchatka at "Russian Far East - territory of investment opportunities".

Potential investors are interested in Kamchatka, which is proved by business meetings held by Nikolay Pegin at EXPO-2016. One of the meetings was with Liu Chzhengo, the chairman and director of Heilongjiang road construction company "I-Ha", which is part of the biggest Chinese governmental holding Longjian road & bridge Co  LTD. Pyotr Shelahaev, the director of the Far East Agency for Investment Promotion and Export Support, took part in the meeting.

Chinese businessman is ready to support construction of motorways in Kamchatka on the basis of governmental-private partnership. Liu Chzhengo visited the region in May and had meetings with representatives of JSC "Development Corporation of Kamchatka". During the meetings the businessman got interested in construction and reconstruction of 8 roads in the area of Petropavlovsk-Kamchatsky, Elizovo and Ust-Bolsheretsk.

In Ekaterinburg Liu Chzhengo talked about the necessity of cooperation with JSC "Development Corporation of Kamchatka". The sides are ready to sign an agreement on cooperation and declaration on implementation of investment projects in the area of road construction on the basis of governmental-private partnership.