Irina Yarovaya: Strong families and labor dynasties are the main wealth of Kamchatka and Russia 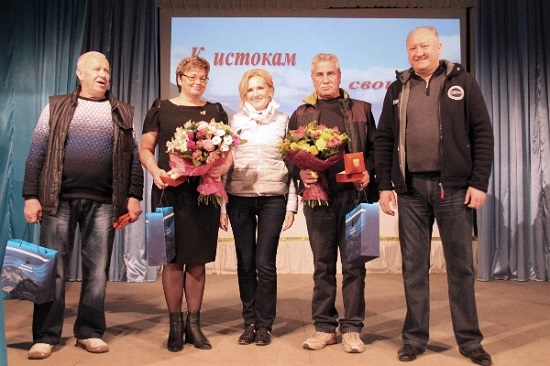 Irina Yarovaya, the Member of the State Duma, and Vladimir Ilyukhin, the Governor of Kamchatka region, have visited  Ust-Bolsheretsk village. There was an event called "Back to the roots", a meeting with the descendants of the Selivanovs family.

There were about 50 descendants of the family at Selivanovs' Day, dedicated to the feat of the ancestors. In May 1904 the Selivanovs Cossacks led the defense of Kamchatka in the war against Japan in the mouth of the river Bolshaya. They took over Japanese boats in the mouth of the river. It was the start of the military action in Kamchatka. The territory of the Russo-Japanese war was expanded. The names of the Cossacks are in the heroic history of Russia. Since then, the Selivanovs Cossacks and their descendants have made a lot for the development of their home Kamchatka.

During her speech, Irina Yarovaya emphasized, that strong families are the power of Kamchatka and Russia.

Governor Vladimir Ilyukhin thanked the participants of the meeting for being faithful to the legacy of the ancestors. Together with Irina Yarovaya he made memorable gifts to the members of the Selivanovs family.