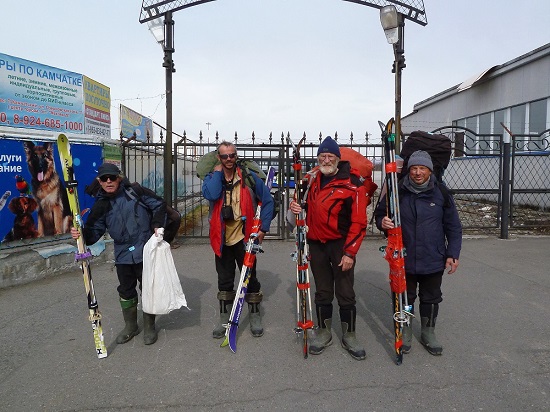 An international ski expedition has come to an end in Kamchatka. During the 26 day extreme trip the skiers ran 345 km in the mountains.

"The start of the expedition was in Tigil settlement on March 31st. The team consisted of Russian and Japanese sportsmen. They had a goal - to study touristic potential and route conditions of the central part of Kamchatka in the area of Sredinny Range", says The Agency for Tourism and Foreign Relations of Kamchatka. "The expedition was headed by Konstantin Langburd - the Master of Sports in Tourism, the guide and the international class instructor. There were 4 more representatives of Kamchatka: Nikolay Semashkin, Alexey Shchapov, Victor Ryzhkov and Igor Kulikov. Japan was represented by 5 students, members of the academic alpine club "Hokkaido". Russian sportsmen are all the winners of the Russian Ski Tourism Championship in 2014".

The members of the expedition had the route of the highest (the 6th) difficulty. They passed 13 mountain passes, 5 glaciers, a lot of rivers and streams. They climbed Khuvkhoitun volcano (2613 m) and Ostraya mountain (2252 m).