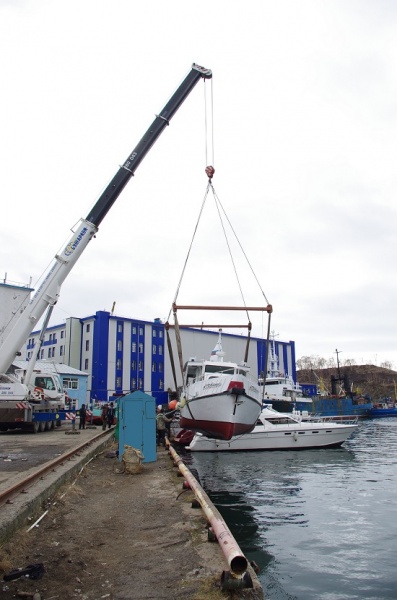 International yacht port "Kamchatka", which is managed by JSC "Development Corporation of Kamchatka", starts launching small boats. Deputy general director, Eduard Moiseev, said all the boats are in a good condition after winter. There were no complaints from the owners about loss or damage of equipment.

The first to start navigation in 2016 were the boats of Anna Butkovskaya's travel company.

The company plans to launch the first boat with tourists on May 7-8. All tickets are already sold.

There are traditional cruises in the travel company of Anna Butkovskaya. They are Starichkov Island and Russian Bay. They are very popular among foreign tourists. Travellers from Switzerland, Austria and other European countries are the most interested in Kamchatka cruises. The cruises are the most popular in June and August, it is when a lot of orcas come close to Kamchatka peninsula.

Tourists will also be able to see seals, sea lions, sea otters and a lot of birds. Sometimes grey and bowhead whales can be seen.

Talking about the popularity of the cruises, Anna Butkovskaya pointed out the place where they start - the yacht port. It is conveniently located and can be easily reached by guests and people of Kamchatka. The yacht port has the infrastructure needed for dockage and bunkering.