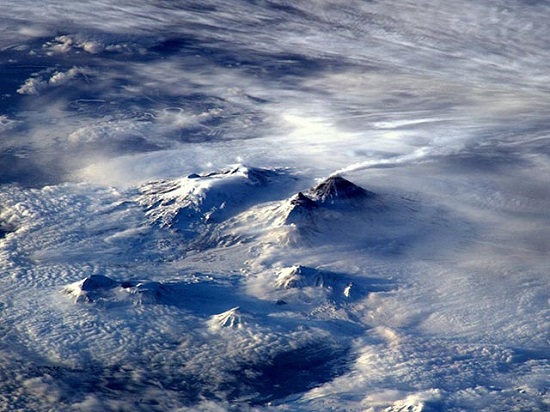 British astronaut, Tim Peake, twitted a stunning image of the biggest volcano in Eurasia, Klyuchevskoy volcano in Kamchatka, from the International Space Station. Tim Peake, a retired military pilot, is three months into his six months mission in space. Previously he shared his picture of the Mount Everest, says The Daily Mail.

In the middle of the picture made by Tim Peake, there are three active volcanoes of Kamchatka: Klyuchevskoy, Bezymianny and Ushkovsky. The tip of the volcano is pluming out smoke.

New eruption of Klyuchevskoy volcano started in the beginning of April. A week ago TASS News agency was informed that volcano ash goes 6 km above the sea level and volcanic tremor has increased.

Scientists say, that during the night time you can see the glow above the crater, which means that it is full of lava.