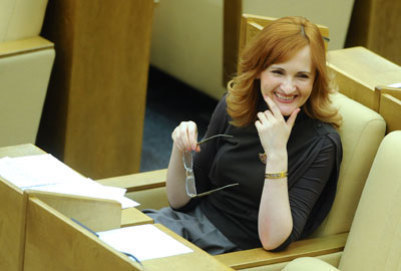 According to the lists of those who refused from deputy mandates, which was put together by Russia’s Central Elections Commission, the mandate of Russia’s President Dmitry Medvedev goes to Kamchatka’s Head Vladimir Ilyukhin.

He, in his turn, passes the mandate to Irina Yarovaya.

At the State Duma of the previous convocation, Yarovaya was deputy head of the committee on constitution legislation and state building and represented Kamchatka. At the past elections, she was number two in Kamchatka’s regional group of United Russia, where the party collected 45.24 percent of the vote.