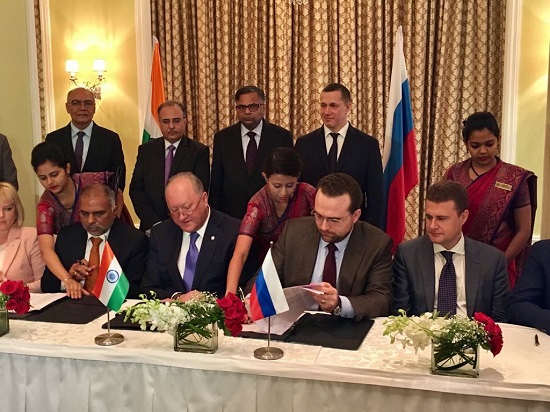 Priority development area (PDA) Kamchatka will be extended for including coal project Tata. It was announced by Yuri Trutnev, Deputy Prime Minister of Russia and Presidential Envoy to the Far Eastern Federal District.

“Joining the project the company expressed their desire to have some preferences and we are going to take a decision about extending PDA Kamchatka in order to include them in it. Although, they are interested in the road, which according to the Ministry of Transport, costs about 60 million of dollars. Taking into account the amount of investment – over half a billion of dollars – from Tata Group, Russian side finds such investment possible”, - he said.

Earlier, on 16 March the energy company Tata Power signed the framework agreement on realization of the investment project for Krutogorsky coal deposit development in Kamchatka, as well as the agreement with Sberbank of Russia on financing project. According to Trutnev, the project’s total cost is $560 million. As Marina Perebeynus, the Deputy Chairman of Dalnevostochny Bank, “Sberbank of Russia” informed, the amount of financing project of bank side will be about $400 million, the financing will start in 2018.  The Deputy Chairman of Sberbank added that it is a credit for 10 years, “but it is possible to extend the term up to 15 years”.

Trutnev has noted that the Far East Development Fund will take part in the project that will provide better financing conditions. “The Fund will consider the draft. Ten percent have been announced as the share of Fund’s participation, but the final decision has not been made”, - he added.

Alexey Chekunkov, the Head of the Far East Development Fund clarified to the press that the amount of investments for Krutogorsky coal deposit development in Kamchatka from the Fund will be up to 3,5 billion of rubles. “We as the Fund declare our support to Indian investors and will be ready to finance up to 10 % required investments, that is 3,5 billion of rubles, as soon as they arrive at the compromise and, which is more important, obtain the license”, - Chekunkov said.

According to him, the recourses of the deposit are estimated to be about 800 million tons, but the company is supposed to provide international recourses audit, as there is only Russian valuation. “It has been discussed today that auction on the deposit should be announced to the end of the year.” – Alexey Chekunkov added.

Tata Group is a global enterprise, comprising 29 publicly-listed companies functioning in such areas as steel, automotive and power industries, telecommunication, production of soda ash, hotel serves and etc. In 2015-16, the revenue of Tata companies altogether is $103.51 billion. Over 660,000 people work in the company. Russian News Agency TASS has informed about this.Translated by Marina Barannik.
KamchatkaPetropavlovsk-Kamchatsky11